It’s been a while since my last blog post. I had a much needed birthday vacation! Or should I say baecation 😉

This was my first cruise and my first time out of the country. This trip was way more than I could have ever imagined! Sharing these first with the man I love made everything even more special.

We went on a 4 day cruise starting out in Long Beach, CA. We spent a day on Catalina Island and a day in Ensenada, Mexico. The other days were spent on the ship.

Early Sunday morning we flew to Long Beach and boarded the ship that afternoon.

The ship was a big ass party. There was so many people and so much to do while on board! We were starving once we boarded the ship so as soon as we boarded we ate lunch and start drinking.

I didn’t expect there to be waiters walking around offering us drinks soon as we got on the boat. Every time I turned around I was trying a new drink lol

We made sure to have motion sickness pills because the ship moving while at sea can be alot to get used to especially while drunk. We took two pills a day one in the morning and one in the evening. The first day I felt really nauseous once we set sail but after a few hours I got used to the boat rocking.

To prepare for this birthday trip I did a 10 day green smoothie detox. It really did help me slim down but the first day on the cruise all that healthy eating went out the window. I had a bacon cheese burger, fries, drinks, a steak, lobster, cake and ice cream. I was on the toilet all morning LOL it was a nightmare y’all foreal.

Monday was our first day off the boat we went to Catalina Island. It was such a small and secluded island. Very relaxing. Mostly boat docks, restaurants, bars, coffee shops and souvenir shops but my favorite part were the golf carts people drove around the island. The tour guide told us their were mostly older retired people living on the island.

We went parasailing while at Catalina Island. Both me and Aaron had been parasailing before but it was our first time doing it together. It was a magical feeling being so high in the air with him. Can I just say I just love how he is always down for anything lol

Well they say a photo is worth a thousand words so I’ll just let the pictures tell the rest of the story.

After leaving Catalina, we were pretty exhausted so we ate, drank some more and called it a night lol all these activities we had planned tired us tf out!

We went to a ranch called Rancho Los Bandidos. The ranch was off the coast and it was beautiful. The wranglers who worked there were really friendly and made the experience so much fun. Our tour guide was named Miguel and he’s been working at Rancho Los Bandidos for 18 years. He told us about all the other activities and attractions we could do while in Mexico. Alongside Miguel there were multiple cowboys who assisted us on the horseback rising tour. I asked them did they love their jobs and I think that was pretty obvious since they had all been there for close to 20 years. Getting paid to ride horses along the coast really did seem like a fun job.

Riding horses was honestly my favorite part of the trip. My horse’s name was Rayo which means lightning in Spanish. Rayo was the Alpha horse aka the leader of the pack and he was hella aggressive. Miguel said “No one messes with Rayo! You think we made a good match?” LOL a match made in heaven. Instantly it seemed like me and Rayo spoke the same language. If any of the other horses got too close he would headbutt them out the way. Lol I had too keep talking to him to calm him down. We had an understanding though, although he was aggressive with the other horses he made my ride so fun! He never got out of line or made any sudden moves while I was riding him. He was gentle and kept a steady pace. I honestly want my own horse now. That was such a fulfilling experience and I’m happy we chose an excursion we had never done before. 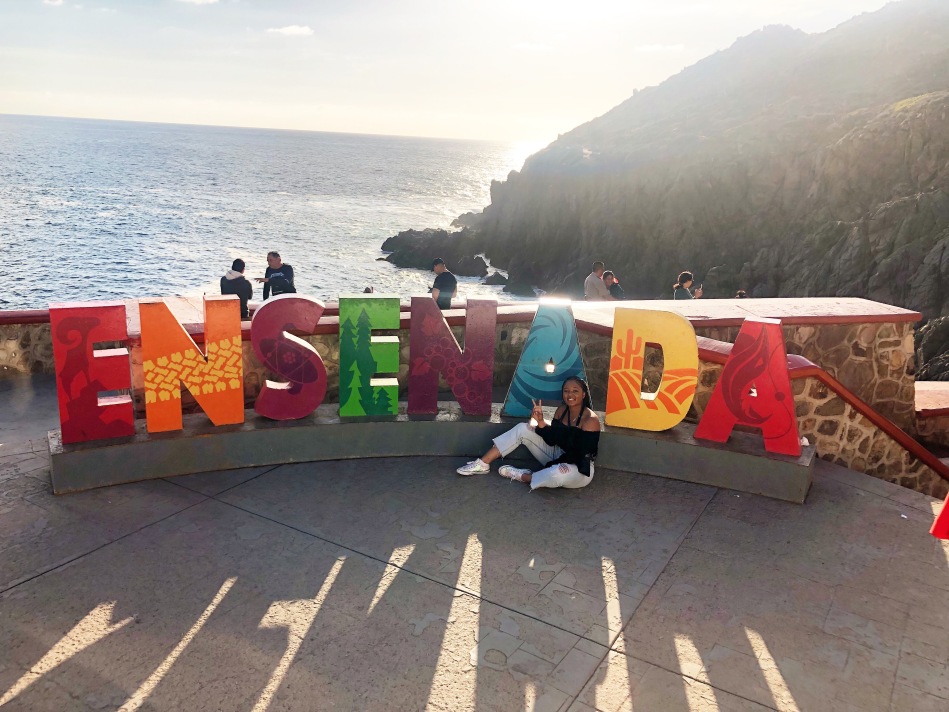 After riding the horses, we rode a taxi to La Bufadora Ensenada to see one of the largest blowholes in North America. The famous blowhole is a tourist attraction where the geyser regularly shoots out water over sixty feet high. Also in La Bufadora there are authentic Mexican souvenir shops and a restaurant named Habana Banana where they have food, Tequila tasting, and wild animal cubs you can play with. There were also adult animals you can play with but I couldn’t resist the baby cubs. We played with the spotted tiger cub, the african lion cub, the jaguar cub, and the baby black panther. It was the cutest thing ever.

After we got back to the boat from Ensenada the rest of our vacation was spent at sea. We had a blast. I went to the casino and played the Black Jack table a few times with no luck. Lol I’m a cheap gambler though I only played $30 total. We met people from all over. Took shots of Tequila like there was no tomorrow. I’m pretty sure we had drinks at every mixology bar on the boat.  We got drunk and went down the water slides hella times, raced each other down the kiddie slides, and spent hours in the adult only spa Jacuzzi. We got dressed up, went to a fancy dinner, we went to a game show, comedy shows, and dance parties on board. It felt like they song happy birthday to me every night lol people were like it’s your birthday again??? LOL 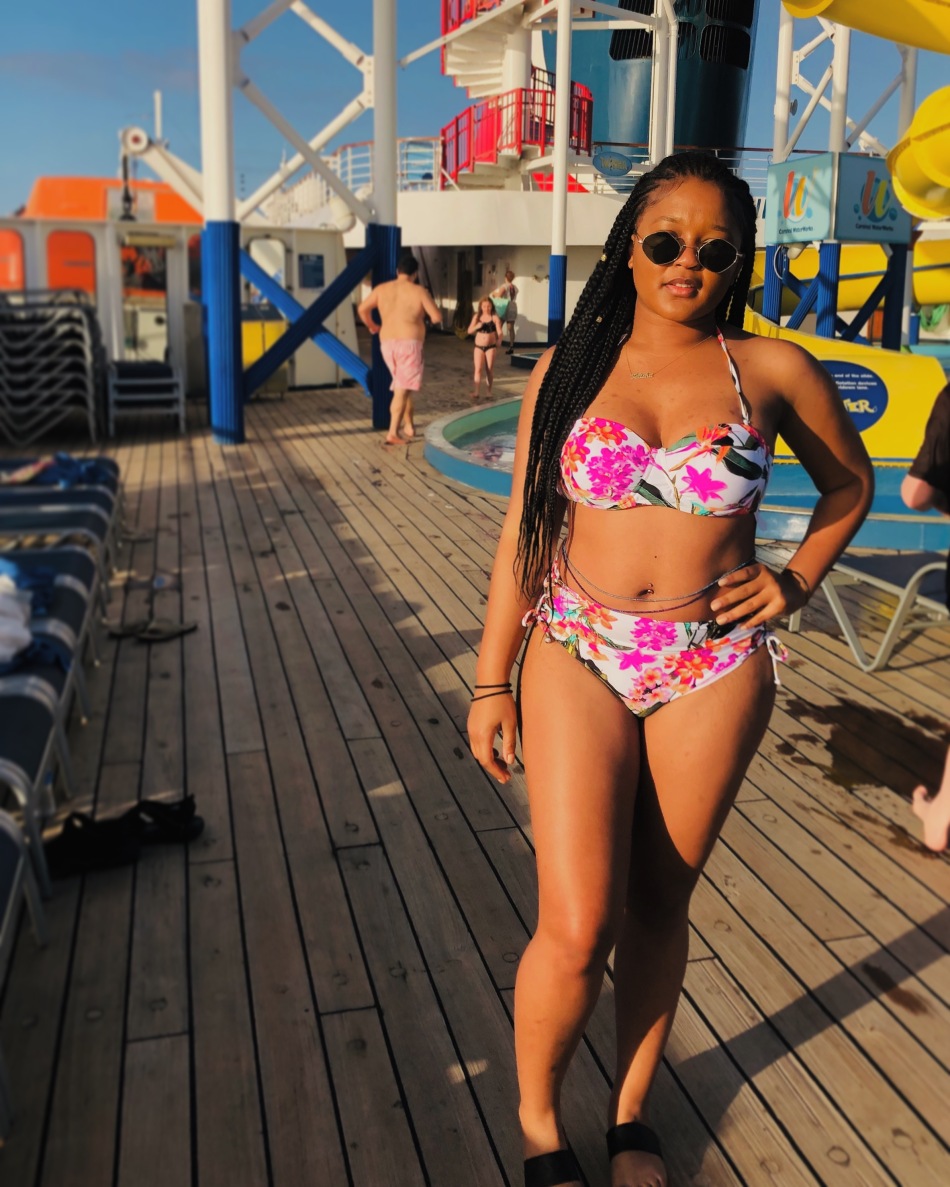 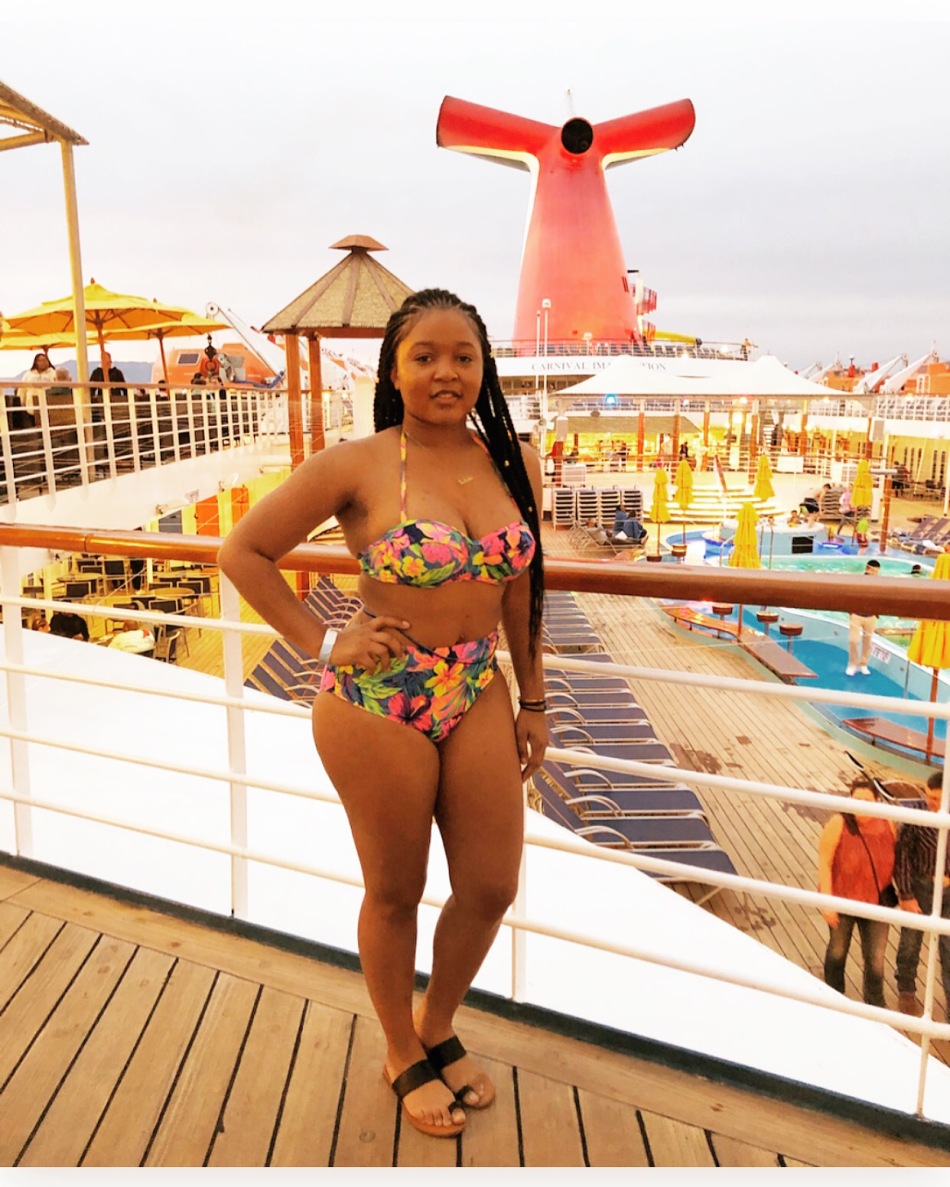 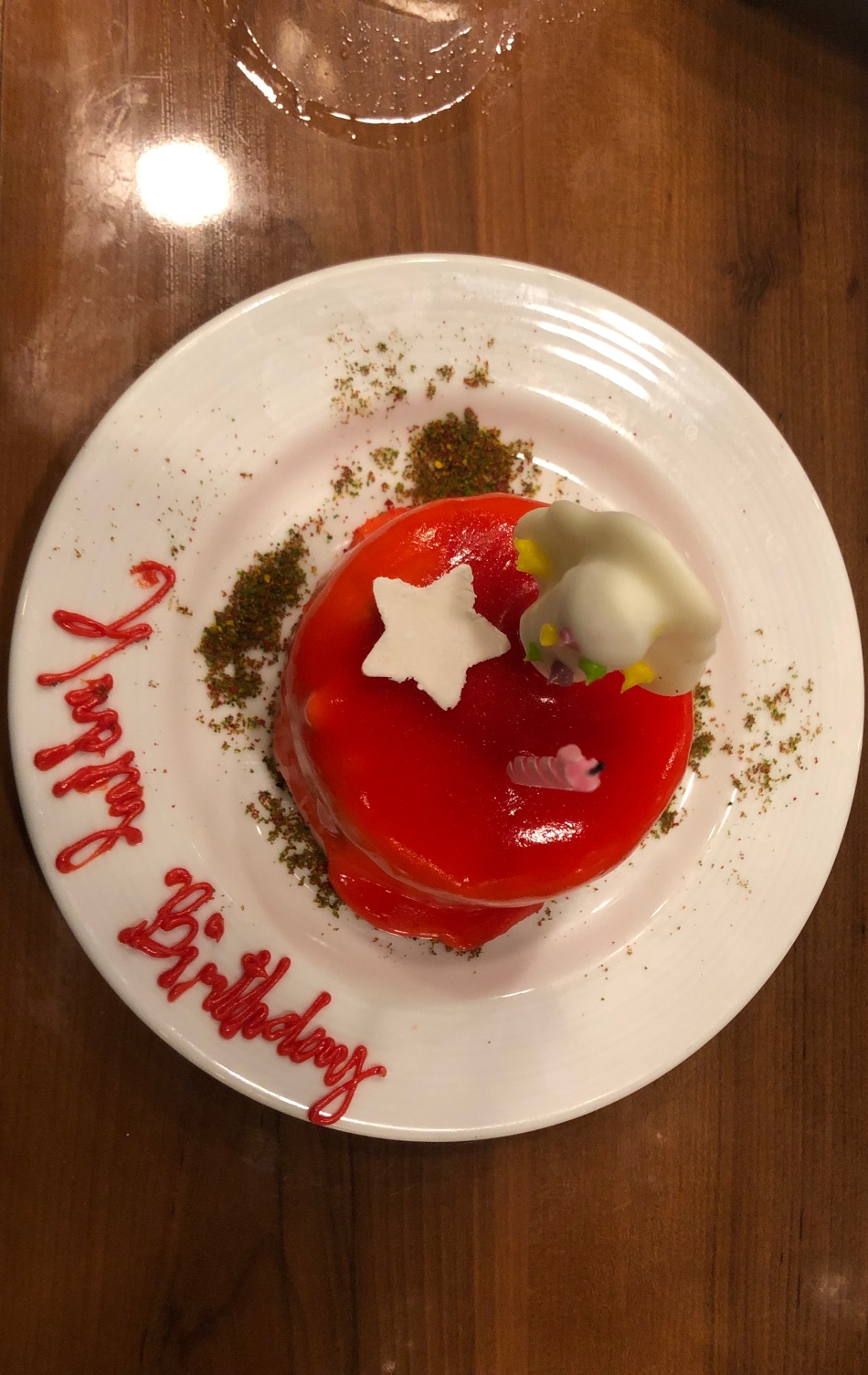 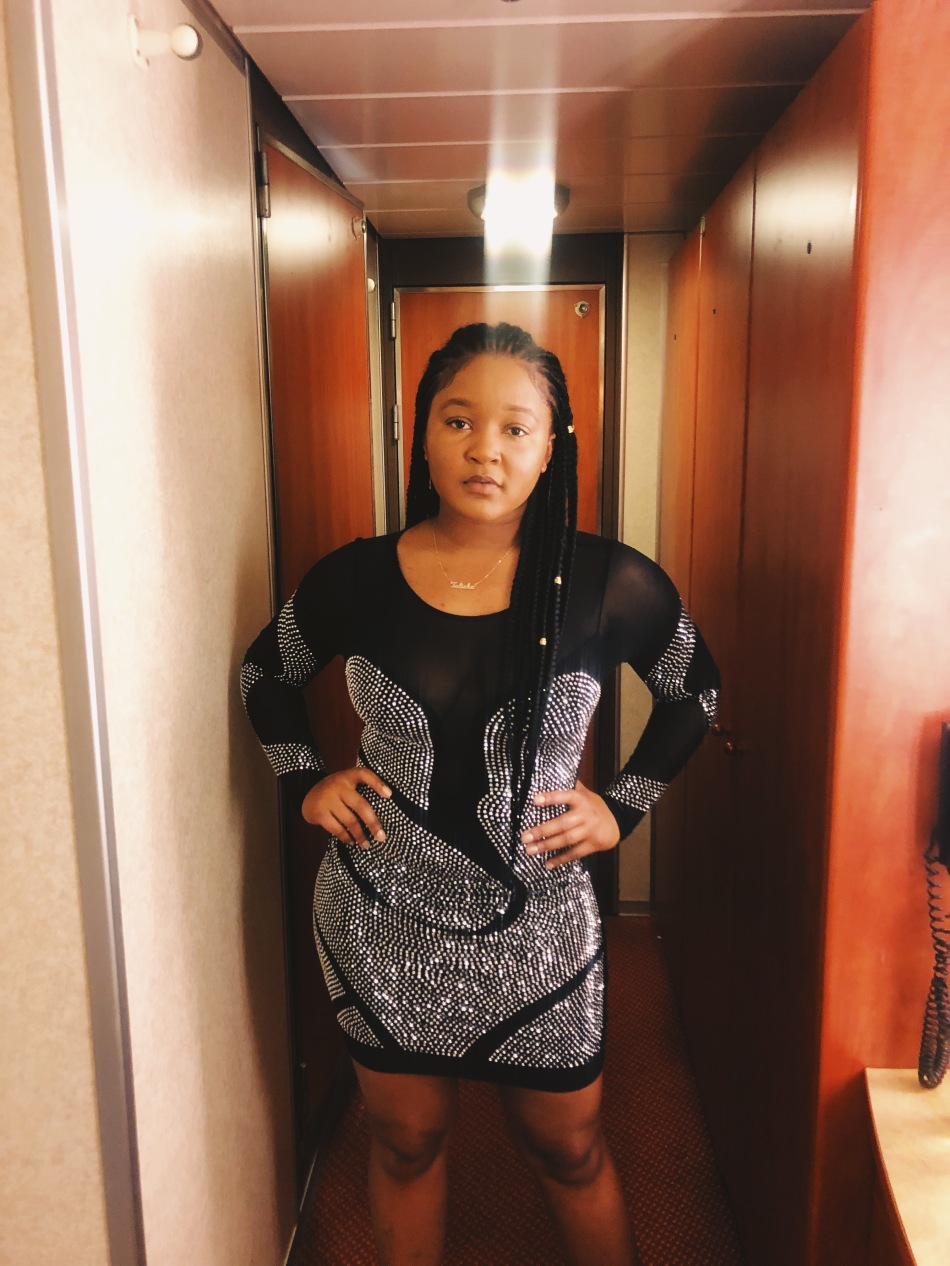 At midnight on my birthday, Aaron took me to the club and bought me a bottle of Moet to celebrate my official birth day! This was honestly the most fun I have EVER had on my birthday and so far the best baecation ever! I love Aaron so much for planning this whole trip out and making it beautiful. There were so many times throughout the year I wanted to cancel this trip lol because I stress and overthink everything but I can definitely say we both learned a lesson about allowing ourselves to let go, have fun, and relax! I mean we work our asses off, we deserve it!!

Besides losing my drivers license (I wouldn’t be me if I didn’t lose or forget something), lol this was a perfect birthday getaway!

Thanks for reading & we’ll talking more next week!

6 comments on “Back from Mexico”